The Enemy and Miss Innes 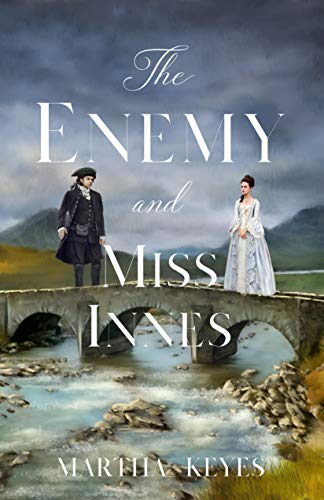 All that stands between him and freedom? Turning her hatred to love.

Elizabeth Innes has a tongue too sharp for her own good, and she is never more ready to employ it than when faced with the MacKinnons. With just one piece of evidence connecting their clan to a near-deadly attack, she is determined to prove the laird guilty and see him brought to justice. So, when chance throws her in the company of one of the MacKinnon men, she resolves to take advantage of the opportunity to glean more information.

Malcolm MacKinnon has long lived under the thumb of his cousin and laird, Angus, who keeps a secret with the power to ruin him. With his mother and siblings entirely dependent upon Angus's capricious generosity, he cannot afford to offend his cousin. When Angus proposes a way for him to finally be free of his shackles, Malcolm is more than ready to oblige. All he must do is help Angus seek revenge upon the rival, neighboring clan. The way to do it? Gain the trust—and love—of one of their young women.

As Malcolm and Elizabeth pursue their goals, they find their tasks much more difficult than anticipated, with challenges to their loyalties at every turn. Both must decide how far they are willing to go for revenge—and love.

The Enemy and Miss Innes is a clean romance and the second book in the Tales from the Highlands series. For greatest enjoyment, it is strongly recommended that the books be read in order.

My thoughts: I wasn't sure how Malcolm could possibly become the hero of this story, after reading the first book, since he works for a truly awful clan leader who has inflicted hurt and pain on many who come between him and his quest for power. When Malcolm is ordered to grow close to Elizabeth, neither one think it possible that their relationship could actually bloom into something more.

This series is a tad darker than the other ones I have read by Martha Keyes. since it deals with some abuse. That said, it is handled tastefully and an interesting glimpse of history and the power that the clan chiefs had before England took charge. I thought that the book was well written and enjoyed the story. I look forward to reading the next book in the series!

I received a complimentary copy of this book. This is my honest review.

Posted by Inklings and Notions at 9:26 PM