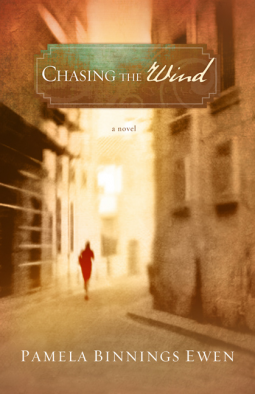 On October 12th, 1977, a young lawyer and a Cambodian refuge both notice the flash of silver in the sky, the reflection off a private plane bringing Bingham Murdock into town. Little do Amalise and young Luke realize that Bingham will be the one to tie their lives together, changing lives forever.
I haven't read any of Pamela Binnings Ewen's previous books, but I plan to remedy that after finishing this one! The details were rich and yet straight forward, the story beautifully written and the characters amazingly real. I found out after I was well into this story that there is a previous novel about Amalise, Dancing on Glass, which made sense since it felt like there was more to her story then this book was giving. The fact that there is another book about her does not keep one from enjoying this story though! There are just enough details in this one to let you know what happened before, without giving away the end of the previous novel.
I loved the history in this story, since Amalise is one of the first women lawyers in the firm she works for. The Vietnam war and Shadow children are also a big part of the story. But at the center is a beautiful story of how God can take less than desirable circumstances and turn them into something that shows His glory.
Two thumbs up!!!
Posted by Inklings and Notions at 4:26 PM