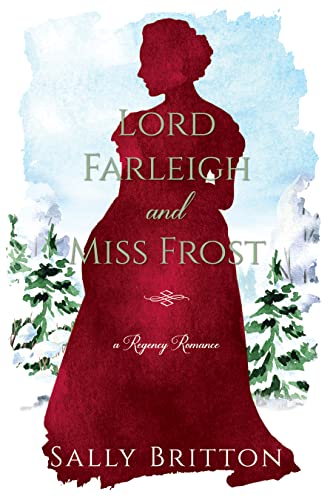 An Irish miss and a duke's son have little in common, but Christmas at the castle has a way of bringing the most unlikely people together.

Isleen Frost wishes her family had stayed in Dublin for Christmas but understands it would have been folly to decline an invitation to the Duke of Montfort’s Christmastide house party. Isleen refuses to allow the opulent castle and powerful duke to impress her. But the duke’s eldest son, Lord Farleigh, is another matter entirely.

Raised as the heir to a duke, Simon Dinard, Lord Farleigh, has learned to project a calm self-assurance despite an inner fear he will never be as confident a leader as his father. When a friendly wager and a spirited Irish lady challenge all his unspoken thoughts, he determines to prove her wrong—and ignore the growing attraction between them.

Christmas celebrations at the castle are always full of surprises, but Isleen and Simon are not at all prepared for the feelings the season inspires between them. An Irish miss and a duke’s son have no business falling in love. But the magic of sleigh rides, snow-covered hills, and mistletoe might change their minds...This novel is a sweet Regency romance and can be read as a stand-alone, though readers of the previous books will enjoy seeing old friends again.

My thoughts: While I have enjoyed the whole series, I think that this one was my favorite! I loved the blending of the Irish and English Christmas traditions, as Isleen's family spends the holiday season at Clairvoir Castle. I loved catching up with some of the characters from the previous stories in this series as they gang up on Simon to help him remember not to take life too seriously. This is the perfect story to pick up this holiday season!

I received a copy of this book from the author. This is my honest review.

Inklings and Notions at 7:52 PM