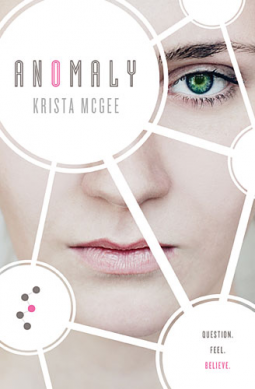 Thalli has been taught from a young age that being different, an anomaly, in the State is something to hide. The Scientists who created her world, after a nuclear war decades before wiped out much of the country's population, have deemed emotions and asking questions as part of the problem that caused the war.
When it is discovered that Thalli is different, her world unravels, leaving her with fifteen minutes and twenty three seconds to live.
It took me a bit to get into this story, but I eventually fell in love with the characters and the world created for them. Filled with unexpected twists and turns, Anomoly is a refreshing piece of dystopian fiction, since it doesn't try to be The Hunger Games, but rather creates a unique world all of its own. I highly recommend this one!
Inklings and Notions at 1:51 PM