Quincey and Priscilla at the Lowell House

And the peace of God, which passes all understanding, shall keep your hearts . . .Is Quincy even interested in a wife? Can the middle-aged chef cook up a romance with a beautiful, but spoiled, young woman? Priscilla definitely wanted no part of the arrangement. At the point though, what options did she have? Thrown together due only to friends’ and family’s unbeknownst interference, the widower and bereaved socialite make an unlikely pair, But God . . .

My thoughts: This is such a fun and unique story about an unlikely pair! When Priscilla's father passes away, she is left without many choices on where to go. Her mother sends her to Texas to marry the man that they have matched her off to, but there is some confusion on that end that leads to a delightful story of friendship, love, and second chances. The author does an excellent job of bringing the characters to life, as well as the timer period that this story is set in. This is such a fun story to pick up and enjoy! 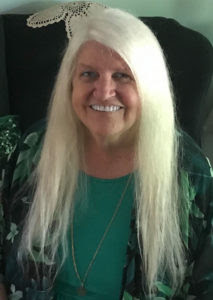 Award-winning author Caryl McAdoo prays her story brings God glory, and her best-selling stories—over fifty published—delight Christian readers around the world. The prolific writer also enjoys singing the new songs the Lord gives her; you may listen at YouTube. Sharing four children and twenty-to-be grandsugars with Ron, high-school-sweetheart-husband of over fifty years, Caryl and Ron live in the woods south of Clarksville, seat of Red River County in far Northeast Texas. The McAdoos wait expectantly for God to open the next door.

Well, what’s better or more fun than a story with an improbable hero-heroine match! Neither ever even thought about hiring someone to find them a spouse! But a newly-widowed mother wanted a husband for her daughter, and a dear daughter wanted a wife for her widowed father.

The two believed they knew exactly what Quincy and Priscilla needed—to marry!

I love reading stories with connecting characters, so this one relates to my Cross Timbers Romance Family Saga. Downtown Dallas is the setting for QUINCY & PRISCILLA At The Lowell House, a hotel Morgan and Charity Lowell built . . . just as her little sister dreamed in book four, LEAVING TEXAS.

Once Charity ate Quincy’s cuisine, there was nothing to do but hire him away from the New York restaurant and sway him to come to Texas—no easy task. Morgan’s offer of partial ownership tipped the scales, and as time passed, Charity and his wife became fast friends, even going through pregnancies together.

Her Maisie came first, then when the second baby girl was born, the mother passed, leaving the chef a widower with a tiny daughter. Now eight years old, Rayne and Maisie pester the girl’s mother, her honorary Aunt Charity, into going in cahoots with them to find Quincy a wife—whether he wanted one or not.

Meanwhile, back in Chicago, Priscilla’s papa died suddenly, leaving her mother practically penniless. Behind her socialite daughter’s back, Mama schemed to get her daughter a husband. Men were scarce in 1866 after the war. Knowing her hard-headed girl would refuse any such proposition, she hired a matchmaker behind her back.

The match had been made, and she had to tell Priscilla! Mama tried at least fifty times and failed, but time was up. The family home had been sold, a new year was dawning, and she had train tickets in hand for the girl’s soon departure to Texas.

That’s where my story begins! Mama can’t force Priscilla to go, so what’s it going to take to get on that train? Then when she arrives at the Lowell House and her intended knows nothing of her . . .

I believe the journey will take the readers on a rollercoaster ride!

As He Leads is Joy, January 27

For Him and My Family, January 28

To celebrate her tour, Caryl is giving away the grand prize of a $25 Amazon Gift Card!